DURHAM – Raymond Jesse Davis, 89, died on Monday August 3, 2015 at the Brian Center. He was born on December 13 , 1925 in Union City, New Jersey. Soon after his birth, Raymond relocated to Carlstadt New Jersey, where he spent the majority of his life and where he raised his family. After joining the United States Navy at age 18, he worked for the U.S. Post Office for many years and was a longtime member of the American Legion. Raymond was preceded in death by his parents, Robert and Aurora Davis, and two sisters.

Funeral Services will be held Friday August 7, 2015 at 11:00am from the Chapel of Hall Wynne Funeral Service with Fr. Chris VanHaight, OFM, officiating.

In lieu of flowers memorial contributions may be made to The Parkinson Research Foundation at 5969 Cattleridge Blvd, Suite 100 ,Sarasota, FL 34232

Offer Condolence for the family of Raymond Jesse Davis 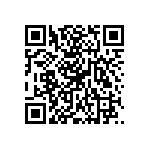