James Randolph “Randy” Williams, 81, died unexpectedly Friday at UNC Hospital. A native of Headland, Ala., he was born September 18, 1927 to the late Charles E. and Greta Cowart Williams. After discharge from the U.S. Army in 1947, Mr. Williams moved to Chapel Hill, enrolled in UNC and graduated in 1950 with a B.S. degree in Commerce. He spent the majority of his career as a letter carrier with the Chapel Hill post office, retiring in 1987. He also enjoyed greeting people at his second job at the Chapel Hill A&P grocery store and later worked at the Food Lion at Timberlyne. Mr. Williams was beloved by all those whose lives he touched along his mail route and at the grocery stores over many years. A sociable man, he never met a stranger and went out of his way to talk with everyone who crossed his path.
A devoted member of Orange United Methodist over 60 years, Mr. Williams sang in the choir for 50 years. He was also a member of UNC’s Glee Club. Music was a significant part of his life, and he loved all types. Mr. Williams had a life long fascination with trains, beginning in his teenage years when working on a mail car.
Surviving are his wife of 59 years, Mildred Hutchins Williams; his son, Randy Williams, Jr. and wife, Marty of Arnold, MD; his daughter, Debi Bryan and husband, Gordon of Germantown, TN; a brother, Dr. Wiley J. Williams of Durham; and 10 grandchildren.
Funeral services will be 2:00 PM Tuesday from Orange United Methodist Church, with the Rev. Ray Warren officiating. Burial will follow in the churchyard. Friends may visit in the church fellowship hall one hour prior to services. Memorial donations to: Orange Church Bldg. Fund, 1220 MLK Blvd. Chapel Hill, 27514.

Offer Condolence for the family of Randy Williams, Sr. 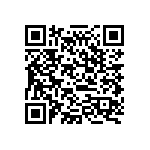