Randy Pete Baker, age 61 of Mebane, died Sunday, December 4, 2011 at Alamance Regional Hospital. A native of Durham County, he was the son of Peggy Perry Elliott and Joe E. Elliott of Oxford and the late Rayford Ray Baker. Mr. Baker was a graduate of J. F. Webb High School and was of the Baptist faith. A retired employee of General Electric in Durham, he serviced as a M.P. in the U.S. Army during the Vietnam era.
Graveside services will be conducted at 2:00 P.M. on Tuesday, December 6, 2011 at Hester Baptist Church Cemetery by Dr. Lavelle Waters.
Surviving in addition to his parents are his son Tommy J. Koshada of Bahama; his brother, Ray Baker of Moncks Corner, SC, Tommy L. Baker of Rougemont; his grandson Dalton J. Koshada of Bahama; step-sisters, Karen Faye Murray and Goldie E. Garrett both of Henderson; step-brother, Jack E. Elliott of Oxford; and his fiancée, Rose E. Drake of Mebane. He was preceded in death by his father, Rayford Ray Baker and a half-brother, Joseph P. Elliott.
Flowers are accepted or memorials may be made to Hester Baptist Church, PO Box 964, Oxford, NC 27565.
The family will receive friends from 12:30 until 1:30 P.M. Tuesday at Gentry-Newell & Vaughan Funeral Home, 503 College Street, Oxford and at other times at the home of Joe and Peggy Elliott, 515 Williamsboro Street, Oxford, NC.
For online condolences go to www.hallwynne.com and select obituaries. Gentry-Newell & Vaughan Funeral Home in Oxford is assisting the Baker family.

Offer Condolence for the family of Randy Pete Baker 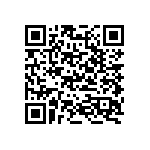