Randall Alexander McLeod, Jr. born September 19, 1921, to the late Randall A. McLeod and Lucy Worth Currie McLeod in Fayetteville, NC, died on Monday, February 20, 2017 at Hillcrest Convalescent Center in Durham. He was 95. Randall was predeceased by his beloved wife, Connie and two brothers, John Currie McLeod and Edward Armand McLeod.  He is survived by two sisters, Lucy Mills Mawhinney of Southern Pines, NC and Anne McLeod Craven (and brother in law John Craven) of Black Mountain, NC, sisters in law Edith G. Shelden of Raleigh and Rachel Grissom of Durham, and several nieces and nephews.

Randall and Connie McLeod owned and operated Piedmont Printers in downtown Durham for many years, and were deeply engaged in the life of the city. They were active members of the First Presbyterian Church, where Randall served as Elder.  He was also an active member of the Durham Rotary Club, where he was a Paul Harris Fellow.  He was also a member of the St. Andrews Society of North Carolina.  He was a graduate of UNC Chapel Hill, served his country as an intelligence officer in the US Army in WWII, was a student of history, the arts, and science, and was an inveterate tinkerer.

The McLeod family is under the care of Hall-Wynne Funeral Service & Crematory. Online condolences; www.hallwynne.com.

Offer Condolence for the family of Randall Alexander McLeod 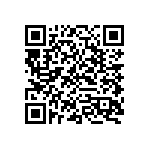