Ralph W. Coonrad, M.D., revered and beloved orthopaedic surgeon and Professor Emeritus, Division of Orthopaedic Surgery, Duke University Medical Center, died at the age of 95 on April 10, 2019 in Durham, North Carolina. Dr. Coonrad or simply “Ralph”, “Rolf” or “Papa” as many of family, close friends and colleagues referred to him, leaves behind the legacy of a lifetime of major accomplishments in his profession, but beyond that and so near and dear to his heart, were the lifelong relationships he developed with so many and especially with his family whom he dearly loved. He served as a devoted mentor to so many talented and aspiring surgeons and colleagues alike as the role model of a consummate physician in his compassionate care, grace and humility, and he loved every opportunity to broaden those relationships with the occasional fishing or hunting trip.

A Celebration of Life for Dr. Coonrad will be held at Westminster Presbyterian Church on Friday, April 26, 2019 at 1:00 PM, with a reception to follow at Hope Valley Country Club. In lieu of flowers, memorial gifts may be made to Westminster Church. In addition to his doctors and countless staff members at The Forest At Duke, Dr. Coonrad’s family wishes to express their profound gratitude to Maimouna Barrett for her exquisite and loving care.

Dr. Coonrad was born in Tsingtao, China, the son of Presbyterian missionaries, on September 10, 1923. He attended the Pyengyang Foreign School in North Korea and the Stony Brook School in New York before matriculating to Davidson College, where he earned varsity letters in football, wrestling, track and tennis. Dr. Coonrad then served for three years as a naval ensign during World War II, graduating from Duke University School of Medicine (Alpha Omega Alpha) in 1947. He completed a surgical internship and a residency in orthopaedics at Duke University Medical Center in 1953. His residency included a fellowship at the Warm Springs Foundation (founded in 1927 by Franklin Delano Roosevelt) where he gained invaluable experience performing tendon transfers in poliomyelitis patients, which inspired his life long passion for pediatric orthopaedics.

Following his residency, Dr. Coonrad was stationed at Fort Chaffee, Arkansas for two years where he served as a Captain in the United States Army and Chief of Orthopedics and Hand Surgery. He operated on many US soldiers wounded during the Korean War, including one particular patient whose elbow, having been destroyed in combat, provided the inspiration for his future development of a total elbow joint replacement.

Dr. Coonrad returned to Durham in 1955 and entered the private practice of medicine. He was one of the founders of Triangle Orthopedic Associates, while simultaneously working throughout his career at Duke University Medical Center, first as an Assistant Clinical Professor, and later as an Associate Clinical Professor of the Division of Orthopedic Surgery. He was an attending staff member of Watts Hospital in Durham, and later Durham Regional Hospital, where he served as President of the Staff. He also served as a consultant in orthopaedic surgery to the Veterans Administration Hospital in Durham, an Associate Clinical Professor at UNC Memorial Hospital, and for 35 years, as a consultant to the United States Army and Womack Army Hospital at Fort Bragg, North Carolina. In addition to his full time practice, upon retirement of his mentor and cherished friend Dr. Lenox Baker, he became the medical director and chief surgeon of Lenox Baker Children’s Hospital at Duke, a position he held for 24 years.

Although Dr. Coonrad’s early surgical expertise was in surgery of the hand, he was also a pioneer in developing scoliosis surgery in North Carolina. After training in the early 1960’s with Dr. Paul Harrington of the Baylor School of Medicine, Houston, Texas, he became the first orthopaedist in North Carolina to treat scoliosis with the newly designed Harrington rods, and he also developed a school screening program for scoliosis throughout the state.

Dr. Coonrad was an inventor and designer of many surgical instruments and devices, however his most transformative design was for a total elbow joint replacement. In 1972, working alone in his garage using cadaver bones, he designed an elbow joint by whittling models from wood. Dr. Coonrad then worked with the Zimmer Company to produce the prototype in titanium. The “Coonrad Total Elbow”, and later the “Coonrad-Morrey Total Elbow System”, became the gold standard of elbow replacements for over 40 years.

A lasting monument to Dr. Coonrad’s faith, energy and vision, and the cornerstone of his and his family’s life, is Durham’s Westminster Presbyterian Church. Dr. Coonrad and his wife Evelyn were founding members of the church, and are recorded in the church register as members #0001 and #0002. Dr. Coonrad served as a deacon and elder of the church and regularly attended service until only a few weeks prior to his death.

His proudest moment in a lifetime of honors and accolades was his 1974 designation as Durham Father of the Year.

Offer Condolence for the family of Ralph W. Coonrad, M.D. 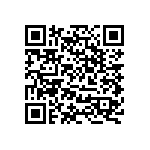