Ralph served in the Marine Corps and was a graduate of Southern Illinois University. He spent his career at State Farm Insurance Company where he was head of the accounting department at the Eastern Regional Office in Pennsylvania. He and his wife raised their family in West Chester PA.

Ralph was an accomplished athlete who shared his love of sport with his three children. He lettered in four sports in high school, played on the Marine Camp Lejeune basketball team and played baseball for Southern Illinois University. Ralph was active in golf leagues most of his adult life and was competitive in handball. Ralph was generous with his time and energy and coached Little League baseball and volunteered with Red Cross blood drives and chaired multiple United Way campaigns. To all who knew him he was the ultimate gentleman who had a playful sense of humor. His kindness and welcoming smile will be missed.

He was preceded in death by his great grandson, Joshua Smedley and siblings Dallas Jr., George, Maezel, Kenneth, and Maxine.

A memorial service will be held 11:00am Wednesday, November 25, 2015 in the Chapel of Hall-Wynne Funeral Service, Durham

In lieu of flowers memorials contributions may be made to the CJ Foundation for SIDS.

The Nofsinger family is under the care of Hall-Wynne Funeral Service.
On-line memorials: www.hallwynne.com. Select obituaries.

Offer Condolence for the family of Ralph Nofsinger, Sr. 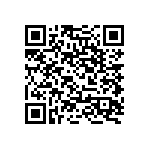