Ralph Leonard Bassett, 82, of Durham, NC, died at his residence on Monday, August 28, 2017, following a long battle with Alzheimer ’s disease. He was born on January 29, 1935 to the late Lois Hay Bassett and L. Phipps Bassett.
Ralph was a member of Ephesus Baptist Church where he served the Lord in numerous capacities throughout his life. He was an employee of Public Service Company of North Carolina for 37 years. Ralph was a man with a great sense of humor and that sense of humor remained throughout his illness.
He is survived by his loving wife, Faye Oakley Bassett, of Durham; his daughter Anita Harrison and husband, Lex; son, Ralph L. Bassett, Jr. (Lennie), and wife, Jean; grandchildren, A.C. (Al) Harrison, Elizabeth Connor and husband, Tyler, Allison Bassett, Heather Bassett, and Morgan Bassett.; sister-in-law’s, Barbara Bassett and Hilda Durham, and husband, Kitchin; brother-in-law, Howell Oakley, and wife Barbara; and several nieces and nephews.
In addition to his parents, Ralph is preceded in death by a sister, Patricia, brothers, L.P. Bassett, Jr., and Basil Bassett.
There will be a visitation from 6:00-8:00 p.m. at Hall-Wynne Funeral Service on Thursday, August 31, 2017. The service will take place at 11;00 a.m. on Friday, September 1, 2017, at Ephesus Baptist Church: 2025 Ephesus Church Rd., Chapel Hill, NC 27517. The burial will follow at Ephesus Church Cemetery.
Memorial Contributions may be made to Ephesus Baptist Church: 2025 Ephesus Church Rd., Chapel Hill, NC 27517 or to the Yates Baptist Association: P.O. Box 52381, Durham, NC 27717 and marked for the Bassett Associational Missions Fund for local missions.

Offer Condolence for the family of Ralph Leonard Bassett 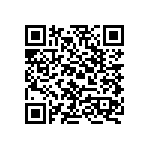