Ralph Fredrick Beisner, Jr. died Saturday surrounded by his family at the UNC Medical Center Chapel Hill, NC at the age of 71. He was born January 22, 1940 and was raised in Joplin, MO where he graduated high school in 1957. After graduating from the University of Nebraska-Lincoln in 1964 with a degree in Electrical Engineering, Ralph worked for 36 years in the telephone industry for Western Electric, AT&T and Lucent. During his long and successful career, Ralph traveled the world, made numerous life-long friends, and earned an MBA all while raising a family with Astrid his wife of 43 years. After retiring in 2000 Ralph enjoyed numerous pursuits, chief among them were his three grandsons, golfing, Nebraska football, Duke basketball and the Chapel Hill Country Club.

Ralph is survived by his wife, Astrid; his son Christopher Atlanta, GA, his wife, Dawn, their son Damian; his son Dirk Three Bridges, NJ, his wife Wendy, their sons Michael and Joshua; his sister Lois Yeates Lakewood, CA, her husband Ray; and his sister Shirley Mills Boerne, TX and her husband Leo.

Visitation for Ralph will be from 6PM – 8PM on Wednesday, February 2nd at the Hall-Wynne Funeral Home, 1113 W. Main Street, Durham, NC 27701. In lieu of flowers, donations may be made in Ralph’s honor to the Orange County EMS First Responders, Doctors without Borders, or the US fund for UNICEF.

A celebration of Ralph’s life will be held from 3-5 PM Thursday at the Chapel Hill Country Club.

Offer Condolence for the family of Ralph Fredrick Beisner, Jr. 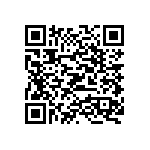