Gene Price lived a life of service. He was a church minister, a military chaplain, a teacher, and a counselor. He loved God, his family, and his country and he showed it every day of his 88 years on this Earth.

Gene was born in 1929 in Hickory, North Carolina, the middle son of Earl Russell Price and Velsie Desola “Dessie” Deal. After graduating from Hickory High School, Gene attended Anderson College, an Indiana university affiliated with the Church of God, and in June 1952 graduated with a B.A. degree in English, followed by a Master of Divinity degree in 1957.

On August 17, 1959, Gene entered the U.S. Naval Reserve’s Chaplain Corps, and for the next 22 years served around the world in active and reserve duty with the Navy and the Marine Corps.

He spent much of his adult life in Northern California, especially Petaluma, the hometown of his wife of 63 years, Carol Ann Price. In June 2017, they moved to Wake Forest, North Carolina – home again to his beloved home state.

Gene leaves his wife Carol; son Robert and grandchildren Jill and Ben; daughter Susan and granddaughter Sophia; daughter Andrea, her husband Jerry, and grandchildren Evan, Isaac and Keira; many cousins, nieces and nephews; and not an enemy in the world. He is predeceased by his parents and his brothers Bill and Tom.

A memorial service will be held on December 16, 2017, in Wake Forest. His cremated remains will be placed in Arlington National Cemetery in Virginia on a date in 2018 to be determined.

Offer Condolence for the family of Ralph Eugene (Gene) Price 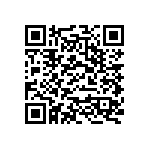