A Chatham County native, Mr. McLaurin was born September 20, 1923, a son of Albert Hugh McLaurin and Lucy Rhyne McLaurin. He was a retired seafood dealer; an avid outdoorsman that loved to hunt and fish, and a notorious gardener who enjoyed both growing and sharing nature’s bounty with his family and friends. Mr. McLaurin was a long time, devoted member of Pleasant Hill United Methodist Church, where he had served in various capacities, including chairman of the trustees, Sunday School superintendant, and teaching Sunday School Mr. McLaurin served as a US Marine in the Pacific during World War II. He was also a loyal Tarheel fan.

The funeral service for Mr. McLaurin will be held at 3:00 pm, Saturday, December 12, 2009 at Pleasant Hill United Methodist Church, with the Rev. Ray Gooch presiding. Interment will follow in the church cemetery. Friends may visit with the family in the church fellowship hall following the service, and at other times at the McLaurin residence.

Arrangements for Mr. McLaurin are under the care of Hall – Wynne Funeral Service and Cremation, Griffin Chapel, of Pittsboro.

Offer Condolence for the family of Ralph Edward McLaurin 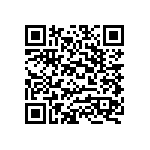