Born in Durham on March 11, 1926, the youngest son of Robbie Lee Roycroft, Sr. and Ila Ross Roycroft, he was a life-long resident of Durham. He was educated in the Durham City and County Schools, graduating from Hope Valley High School in 1944. Upon graduation, he immediately entered the United States Navy and served aboard the aircraft carrier U.S.S. Bon Homme Richard in the Pacific during World War II.

R.L. entered banking in 1948. During his 43 year banking career he served in many positions at Central Carolina Bank and was a Vice President/Senior Trust officer for 21 years, until retirement in 1991. He was a graduate of the School of Consumer Banking at The University of Virginia as well as the Southeastern Trust School at Campbell University.

Surviving are his wife of 68 years, Ruth Jane Clark Roycroft, his daughter Jane R. Brasier and husband Chris, of Durham and their children Ashley Jane Brasier and Chris Eugene Brasier, Jr.; and, his son Rodney R. Roycroft of Pensacola, Florida and his children Diana Elizabeth Roycroft and Madelyn Virginia Roycroft.

Additional family members include his sister, Dorothy R. Moore of Durham, sister-in-laws Myra Markham of Durham, Julia Cook of Asheville, Nancy Sturgill and her husband Paul of Lexington, Kentucky and brother-in-law Randall Clark and his wife Bobbie of Hillsborough. He was pre-deceased by his brothers, Chester, Joe and Robert, and sister, Ila Mae Franklin. In addition, there are many nieces and nephews.

Funeral services will be held at Trinity United Methodist Church, 215 North Church Street in Durham at 11:00 a.m. on Friday, April 28th with visitation starting at 10:00 a.m. in the sanctuary.  Officiating the service will be the Reverend Susanne Priddy, Pastor at Trinity. Burial after the church service will be in Section 19, Lot 6, at Maplewood Cemetery, Durham.

In lieu of flowers, memorials may be made to the American Heart Association, 3131 RDU Center Drive, #100, Morrisville, N.C., 27560, or a charity of your choice. Arrangements are under the care of Hall-Wynne Funeral Service. Online condolences: www.hallwynne.com.

Offer Condolence for the family of R.L. Roycroft, Jr. 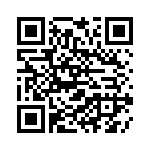