Phillip was born in Fayetteville, NC to James Simpson Cooley and Zilpha Ellis Cooley. He was a loving father, son and brother. Phillip was self-employed as a painter.

A memorial service will be held 3:00pm Monday, November 19th at Pittsboro Presbyterian Church with the Rev. Troy Lesher-Thomas presiding. Burial will be private.

Online condolences may be viewed at: www.hallwynne.com, select the “Obituaries & Guestbooks”, then “Current Services”. Arrangements for Mr. Cooley are under the care of Hall-Wynne Funeral Service and Cremation, Pittsboro, NC.

Offer Condolence for the family of Phillip Allen Cooley 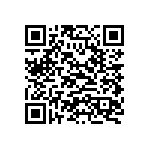