DURHAM- Philip Layton “Papa” Browning, Sr. age 88, died peacefully on Tuesday, September 6, 2016 in his Durham home surrounded by his loving family. A Durham native, he was born to the late Dempsey Browning and Rosa Belle Browning.

Philip proudly served his country during WWII and the Korean War stationed in Japan with the US Navy.

Philip was employed with National Institute of Environmental Health and Sciences (NIEHS) where he retired after many years of service. He was a longtime and active member of Bethany United Methodist Church. He was also involved with the Harvey Black Sunday School Class; the Bethany prayer chain; and the Just for Fun Singers. He previously taught Sunday school at Blacknall Memorial Presbyterian Church.

He was most proud of his accomplishments as an Eagle Scout and later when he served as Scout Master. Philip was the only basketball coach with the Durham YMCA who went undefeated. Philip was a devoted Carolina fan…Go Tarheels !

Philip visited the sick and shut-ins and was a was a member of the Click N Cloggers and the Golden Dippers Square Dancers. Philip loved fishing and was most passionate about sharing that with his grandchildren.

Philip was preceded in death by his daughter, Kathy B. Dowdee.

Philip is survived by his wife of 66 years, Virginia Morgan Browning, his daughter, Lisa B. Kearns (Gary) of Durham; his son, Philip Browning, Jr. (Lori) of Rougemont; his grandchildren, Julie, Jeff, Ashley, Lauren, Kyle, Myles and his great grandchildren, Bailey, Kennedy, Taylor, Maxwell and Payton. Philip is also survived by his brother, Pete Browning (Betty) and sister-in-law, Bea Elliott all of Durham.

The family wishes to express their heartfelt appreciation to Ted, David, Orion, Kelly of the Durham VA Center Homebound Care Team and the Duke Hospice and Homecare. Special thanks to Philip’s heath care aid Audrey Jarvis, who is truly loved as a family member.

The Browning family is under the care of Hall-Wynne Funeral Service. Online condolences: www.hallwynne.com, select obituaries.

Offer Condolence for the family of Philip Layton Browning, Sr. 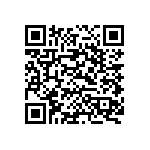