Our beloved father, brother, friend and Tar Heel basketball legend Peter Joseph Brennan passed away peacefully on June 8, 2012 surrounded by his loving family. Pete was born on September 23, 1936 in Brooklyn, New York, as one of ten children to the late John James Brennan of Monaghan, Ireland and the late Mary Winifred Una Brennan nee Beirne of Roscommon, Ireland. Pete graduated from St. Augustine’s High School in Brooklyn, New York, after which he started his basketball career at the University of North Carolina, Chapel Hill. Pete was one of the starting five players for the undefeated 1957 national championship team and is best known for a shot taken during the semifinals that lead the team to victory. In 1958, Pete was the Atlantic Coast Conference player of the year. Pete’s jersey is honored by the Tar Heels and hangs in the Smith Center. After graduating from Chapel Hill in 1958, Pete was a first-round draft pick of the New York Knicks. Pete left the Knicks to serve our country in the United States Army, after which he worked in the clothing and real estate industries until his retirement. Although Pete was known to all as a basketball legend, he was most loved by his family and friends for his unending charm, warmth, humor, and generosity. Pete will be greatly missed by the children that survive him: Born to former spouse, Kay McBryde, and Pete are Mary Beth O’Briant and her spouse Sam O’Briant of John’s Creek, GA, Peter Joseph Brennan, Jr. of Charlotte, NC, Catherine Parker Brennan of Charleston, SC, Kelly Brennan Bolvig and her spouse Peter Bolvig of Birmingham, AL, and born to JoEllen Brennan and Pete is Tara Brennan of Jewett, NY. Pete is survived by all of his grandchildren: John O’Briant, Will O’Briant, Charlie O’Briant, Kelli Brennan, Britney Brennan, Parker Bellingham, Vann Hagood, Elizabeth Brennan, and Jacob Brennan Bolvig. Pete was predeceased by his brother John James Brennan and Owen Daniel Brennan and is mourned by his brothers William Michael of Grand Terrace, CA; James Charles and wife Margaret of Pocono Pines, PA; Francis Patrick and wife Barbara of Reading, PA; and Vincent Thomas and wife Kristine of Phoenixville, PA; as well as sisters Kathleen O’Hara and husband Charles of East Hartford, CT; Eileen Pollock of North Lauderdale, FL; and Margaret Murray and husband Robert of Brewster, NY. Pete leaves behind countless nieces, nephews, friends and doctors, who are too numerous to be named but whose companionship and care were nonetheless critical to Pete throughout and up until the end of his life. To those people, the family extends their warmest, heartfelt thanks.

In lieu of flowers, the family requests that contributions be made to UNC Lineberger Comprehensive Cancer Center CB# 7295, UNC at Chapel Hill
Chapel Hill, NC 27599-7295 https://medicalfoundationofnc.org/unclineberger/makeagift

The Brennan family is under the care of Hall-Wynne Funeral Service.

Offer Condolence for the family of Peter Pete J. Brennan 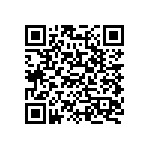