Peter was raised mostly in Johannesburg, South Africa, where his family moved in 1951, and attended school at Kingswood and the University of Witswatersrand, where he earned a degree in physics. After returning to London, Peter was one of the first students to graduate from The City University of London’s PhD program in Information Science. This marked the beginning of a long and very successful career, in which Peter was widely seen as a pioneer and decades-long leader in the field of information retrieval and software development. He and his wife, Kathleen T. Noerr, co-founded two successful companies, IME Ltd. and MuseGlobal Inc., which marketed the software systems Peter designed.

Peter was beloved for his immense generosity of spirit, his gift for friendship, and the tremendous loyalty and support he was always so eager to give to friends and family alike. He was a fierce intellect but also a genuine sentimentalist, a rare combination that was much appreciated by all who knew him. An athlete, a sailor, an avid fan of science fiction and the Washington Redskins, and a connoisseur of diner fare and stuffed animals, Peter had a true passion for life that was with him right until the end.

Peter leaves behind his loving wife and partner of 33 years, Kate, of Durham, NC; his daughter, Kristina Bivins and her husband, Jeffrey Hammond, of San Francisco, CA; his son, Jason Bivins and his wife, Nina Bivins, of Durham, NC; his sister, Pam Millar, of Port Elizabeth, South Africa; his two nieces, Joanne Millar, of London, England, and Cheryl Farenden, of Johannesburg; and a large extended family of friends, relatives, and colleagues, who together mourn his loss.

“Peter’s family invites you to see tributes to Peter at http://www.museglobal.com/about/aboutPeter.html .”

Offer Condolence for the family of Peter Leslie Noerr 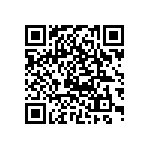