Peter was an electronics engineer and moved from Germany to the United States in 1969 for a “temporary” assignment with his employer, Wandel and Goltermann. In 1976, he met his wife, Marlene, in New York City and stayed in the US to raise a family with her. It was a time of great happiness when he, Marlene, their two children, and the family’s friends would gather around to spend time together over big dinners. Peter had a very warm heart and was known to open his home to anyone.

It can be said that Peter was a “student of life.” He was a voracious reader and took every opportunity to increase his understanding of the way the world works. He was regularly found in his home library reading periodicals and textbooks about subjects as diverse as human anatomy and the economy, or biographies of the world’s political and business leaders. Peter also enjoyed spending time in nature and was particularly fond of long walks in Duke Gardens with his wife.

In lieu of flowers, memorial contributions may be made in Peter’s name to Triangle Presbyterian Church, 5001 Tudor Place, Durham, NC, 27713.

Funeral ceremonies will be held on Thursday, August 26, 2010 at Triangle Presbyterian Church, 5001 Tudor Place in Durham. The viewing will commence at 10:00 am and the service will commence at 11:00 am. Interment will immediately follow at Lowes Grove Baptist Church Cemetery.

Offer Condolence for the family of Peter Hans Jansen 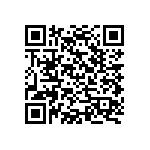