A celebration of the life of this charter member of the Greatest Generation will be held at Holy Infant Catholic Church in Durham on April 25th at 9:00am.Peter was born during the roaring 20’s in Yonkers, New York to Ann (Siano) and Peter Fornaby.  The family name was originally Fornabaio but was changed in an Ellis Island snafu as family lore has it.His twin Matthew was sadly called home at 18 months. Peter was raised in a tight-knit, loving family and spent his childhood fishing, horseback riding, and working as an usher at the RKO Proctors on South Broadway in downtown Yonkers.As did so many other brave young Americans, at the tender age of 17 Peter heard his nation call him to serve in the US Navy in the Pacific Theater aboard the USS Chatterton, a 136’ wooden minesweeper.After returning from his service overseas Peter had the good fortune to meet Dorothy Rozett who was forever the love of his life and they married in 1950.With the encouragement of his new wife and the help of the GI Bill, Peter attended night school and earned a BBA degree from Iona College.Peter and Dorothy enjoyed almost ten years of childless wedded bliss and enjoyed being the go-to babysitters for many nieces and nephews from Dorothy’s siblings. Eventually Peter and Dorothy chose to adopt Robert in 1960 and as things often go gave birth to Paul in 1961.Peter spent the 1960s active civically and politically and was elected to the Westchester County Board of Legislators and the Yonkers City Counsel. He also ran portions of the campaigns of Barry Goldwater and Senator Jim Buckley.  Peter also founded the Sing-Out Yonkers youth group that spread a positive message during turbulent times in the US.All this activity was in addition to operating a successful Yonkers-based real estate and insurance agency along side of his father.  Peter was also a trustee and director of a succession of bank boards in Yonkers and New York City.For good measure Peter saw fit to return to his education later in life and earned an MS degree in Pastoral Counseling, once again from Iona College.Peter was a loving and generous father to his two sons and eventually his two granddaughters Rebecca and Sarah who have sweet memories of loving, fun time spent with Poppy.No recap of Peter’s story would be complete without a mention of his prowess as a fly fisherman who tied his own lures, his greenest of thumbs with tomatoes, basil and peppers.Peter truly “crushed it” with respect to living a meaningful life over a meaningfully long period of time. We need more Peters and can all draw inspiration to do more with our lives based on the example set by his.Peter is survived by his sons Robert of Chapel Hill, NC and Paul of Chappaqua, NY; granddaughters, Rebecca and Sarah of Seattle, WA and Burlington, VT.

A funeral mass for Peter will be at Holy Infant Catholic Church in Durham, NC on April 25, 2017 at 10 am. The family invites friends for a visitation prior to mass at 9 am. Inurnment of Peter’s remains will be on April 26, 2017 at 11 am in St. Matthew’s Catholic Cemetery in Durham, NC.

Flowers are appreciated, but the family asks, if you are able, to please give in Peter’s memory to: Navy-Marine Corps Relief Society, 875 North Randolph Street Suite 225, Arlington, VA 22203 http://www.nmcrs.org

Offer Condolence for the family of Peter Fornaby Jr. 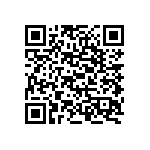