DURHAM – Peter Donald “Pete” Muse, surrounded by his wife and children, passed away after a brief struggle with cancer on Sunday, January 19, 2014. Pete was a beloved husband, father, grandfather, son, brother, and uncle. He was a rock of strength to his family, a valued contributor to his colleagues, and a cherished friend to all who knew him.

Pete was born in London, England on January 7, 1950. He moved with his family to North Carolina in 1954. After graduating from Guilford High School in Greensboro, Pete received a B.S. in Biology from East Carolina University in 1972 and a B.S. in Mechanical Engineering from North Carolina State University in 1984. Pete pursued his engineering career at Troxler Electronic Laboratories, Inc., Seimens, Inc., General Electric, Inc., and worked the last thirteen years as the General Manager at Instrotek, Inc., where his colleagues became a second family to him. Pete loved walking into the doors of Instrotek every weekday morning.

Pete is survived by his wife of 25 years, Fran Lewis Muse, daughter Carrie and son-in-law Marcus Ward of Raleigh, daughters Amelia and Melissa and son Matthew, all of the home, and two grandsons, Lucas and Tyler Ward of Raleigh. He is also survived by his mother Mrs. Jean Reed of Durham, his father John Muse and step-mother Donna of Matthews, his brother David Muse of Shacklefords, Virginia, his mother-in-law, Mary Lewis, three brothers-in-law, Frankie, King and Kelvan Lewis, two sisters-in-law, Paula and Wendy Lewis, two nieces, three nephews, two great-nieces, and two great-nephews, in addition to his beloved chocolate lab Bailey, all whom he loved very much.

Pete’s greatest love was his wife and his children. This love was evidenced through the values he instilled in them: respect for others, the pursuit of excellence, the importance of education, hard work and careful money management, a love of music, a sense of humor, humility and a loyalty that knows no bounds. He enjoyed NC State basketball and playing guitar with a number of bands, though his favorite performances were with his son Matthew at the family’s church. His welcoming heart, wisdom and quick wit made his home a gathering place for friends and family alike. He will be greatly missed, though the impact he has made on family and friends will last forever.

A private service will be held for Pete’s family. A celebration of his life for his friends and family will be announced in the coming weeks. In lieu of flowers, gifts in his memory may be made to an education fund founded for his children, c/o Matthew Muse PO Box 12611 Durham NC 27709, marked as Muse Education Fund, or to the Miles for Smiles Fund, Dental Foundation of North Carolina, UNC School of Dentistry, Campus Box 7450, Chapel Hill, NC 27599-7450 to help children born with cleft lip and palate.

Offer Condolence for the family of Peter Donald Muse 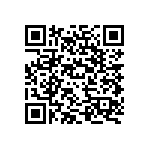