Pete Fenoglio, age 90, died Friday, December 27, 2013, at Duke Hospital surrounded by his loving family. He was born in Coello, IL to the late Quinto and Mary Fenoglio on February 12, 1923.

Pete was valedictorian of his high school class and attended the University of Illinois at Urbana-Champaign. His studies were interrupted by World War II, where he served in the Signal Corps as a Lieutenant, seeing action in the American, European-African-Middle Eastern, Asiatic-Pacific Campaigns and was part of the Occupation Forces in Japan.

After the war he returned to the University and completed his B.A. in Electrical Engineering, where he received the University Honor Bronze Tablet and was inducted into Tau Beta Pi, Eta Kappa Nu, Phi Kappa Phi, Phi Eta Sigma and Sigma Tau Honor Societies.

After graduation, he enjoyed a 33-year career with General Electric, designing radar systems, and retired to begin a second career as a Senior Research Engineer with the Engineering Experimental Station at Georgia Tech. Pete received his M.S. in Electrical Engineering from Syracuse University in 1968.

In his young adult years, he enjoyed bowling and golf. More recently he enjoyed socializing and playing bridge with friends at Croasdaile Village.

A memorial service will be conducted 11:00 a.m. Saturday, January 4, 2014 in the Few Chapel of Croasdaile Village. A reception will be held immediately following the service in the chapel foyer.

Arrangements for the Fenoglio family are under the care of Hall-Wynne Funeral Service in Durham.

Offer Condolence for the family of Pete Fenoglio 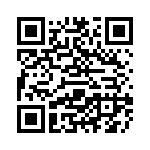