He was retired from the NC National Guard with 32 years of service. Gene was a faithful member of Providence Baptist Church where he served as a deacon, was honored as a deacon emeritus and member of the Brotherhood. Above all else, Gene cared most for his sweet wife, children and grandchildren.  He will be dearly missed.

Gene is predeceased by his parents and his grandchild, Jessica Marie Boyd.

Flowers are acceptable or memorial contributions may be made in Gene’s name to Providence Baptist Church, care of Tonya Perry, 2551 Ace Drive, Oxford, NC 27565.

Offer Condolence for the family of Perry “Gene” Eugene Milton 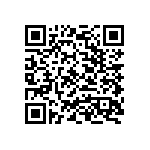