Perdita Arnett Brantly, 94, died on Monday, December 14, 2009 at Seasons at Southpoint in Durham, NC. Perdita was born in Danville, VA to the late Perdita and Eugene Arnett on September 20, 1915.

Perdita attended Hollins College and received her B.S. Degree in Mathematics from the University of North Carolina Chapel Hill. She was a member of Chi Omega Sorority and voted “Cutest Coed” While at Chapel Hill.

Dr. and Mrs. Brantly moved to Odessa, Texas in 1957. Perdita was active in volunteer work, including the Ladies Hospital Auxiliary, the Symphony Guild and the American Heart Association. Perdita was very involved in her church, serving on the Altar Guild and many committees. Perdita was a charter Member of the Friendship 20 investment club and passionate about her membership in the Attic Artists Group. Perdita and Clayton moved to Salisbury, NC in 1976, where Perdita loved volunteering as a “wheelie” for Meals on Wheels, the Art Guild as well as serving on the Altar Guild of St. Luke’s Episcopal Church. Upon moving to Durham in 1983, Perdita was an active member of St. Stephen’s Episcopal Church.

The Family would like to specially thank the loving caretakers and those associated with Heartland Hospice and Seasons at Southpoint.

In lieu of flowers, memorial contributions in Perdita’s name may be made to St. Stephen’s Episcopal School, 6500 St. Stephen’s Drive, Austin, TX 78746. Please include “Perdita Brantly Memorial” on the memo line of your check.

A reception, in celebration of Perdita’s life, will be held on Wednesday, Dec. 16th from 7-9 PM at the home of Evelyn Brantly Garrett, 38 Cheswick Place, Durham
A Private Graveside Service will be held in Danville, VA.

Offer Condolence for the family of Perdita Arnett Brantly 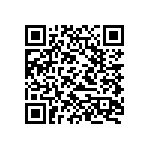