Born in Durham NC, Percy was the son of the late Pearl Black Quinlan and Percy Hall Quinlan, Sr. Growing up as the son of a Carolina coach, Percy developed a deep and lifelong love for both Carolina and the town of Chapel Hill. After two years at Carolina, Percy answered the call to serve his country in the U.S Marine Corps during the Korean Conflict. Percy returned to Chapel Hill and married his beloved, Carol Hunt where he started his family and career. The Tar Heel Sandwich Shop was the first business he co-owned. After many years, he opened his own sports bar, “The Hideaway” which he closed in 1980. In the years following, he worked at Yates Chrysler-Plymouth and with a bar distributor until his retirement in 1995. During all his business ventures, Mr. Quinlan remained an active and dedicated member of the Durham Shriners, the Chapel Hill Exchange Club and Masonic Lodge #408, A.F. & A.M.

Surviving are his son, Chuck Quinlan and his wife, Amy Carver Quinlan, of Apex and his three beloved grandsons; Christian, Hunter and Logan. Percy was predeceased by his wife of 55 years, Carol Hunt Quinlan.

Following the service, the family will greet friends at the home of Charles Carver, 29 Mt. Bolus Road in Chapel Hill where refreshments will be served.

Arrangements for the Quinlan family are under the care of Hall-Wynne Funeral Service. www.hallwynne.com

Offer Condolence for the family of Percy Hall Quinlan, Jr. 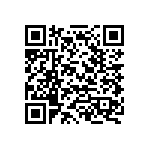