Peggy Oliver Watson, 78, died Thursday at Duke Hospice Hock Pavilion following years of declining health. She was born in Franklin County, Georgia, the daughter of the late Henry Buford and Ruby Crunkleton Oliver. Peggy was raised on St. Simon’s Island, GA and moved to Durham in 1950. She married Robert Watson in 1951 and raised her children in Durham. She was an active member of Durham Memorial Baptist Church for many years, and later, Ephesus Baptist Church. Peggy taught Sunday school in the children’s department and sang in the choir. She faithfully ministered over the years to prisoners, patients in John Umstead Hospital and to those suffering with AIDS.

Peggy was strong-willed, decisive, direct and forthright. Her passions were “faith, family, friends and flowers.” Despite adverse health, Peggy always put the interests of others before herself. As her family said, “Peggy had a servant’s heart.”

Surviving are her husband, Robert “Bobby” Watson; her children, Nathan Watson and his wife, Melissa of Wake Forest, Daniel Watson and his partner, Terry Dupre of Ft. Lauderdale, FL and Gail Watson of Raleigh; grandchildren, Stephanie Schoenfeld, Megan Watson, and Bristol Watson; a great grandchild, Daniella Welch; her sisters, Elouise Davis and Sarah Foley, both of Atlanta; a brother, David Oliver of Green Valley, AZ, and an honorary family member, Dr. Njira Lugogo. She was predeceased by her grandson, Danny Schoenfeld and three brothers.

Funeral services will be 11:00 AM Saturday from Ephesus Baptist Church, with the Rev. Dr. Gerald Goodwin officiating. Burial will follow in Oak Grove Cemetery.

On behalf of Peggy, her family expresses appreciation to the 5th floor staff of Durham Regional Hospital and Duke Hospice Hock Pavilion.

Offer Condolence for the family of Peggy Oliver Watson 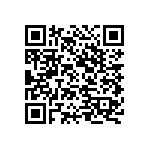