Peggy Hunt Tilley, age 80, passed away peacefully on Saturday, July 18, 2015, at Kitty Askins Hospice Center in Goldsboro, NC, after an extended illness. She was born to the late Wilmer L. Hunt, Sr. and Nellie Long Hunt on August 26, 1934. Peggy was a devoted wife and mother and a 25 year employee of Smith Hardware in Goldsboro. She was also employed by APR Apparel in Goldsboro.

Graveside services will be held 11:00 am, Tuesday, July 21 at Mt. Lebanon Primitive Baptist Church, located on North Guess Road (across from Russell Road) with the Rev. John Howard officiating.

Flowers are acceptable or donations may be made to 3HC Kitty Askins Hospice Center, 107 Handley Park Court, Goldsboro, NC 27534.

The family wishes to express their sincere gratitude to her Hospice healthcare professionals for their support, kindness and quality care.

Offer Condolence for the family of Peggy Hunt Tilley 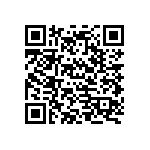