Known affectionately to both family and friends as Peggy, Mrs. Brewer was born on January 27, 1926, in Roseboro, Sampson County, North Carolina to the late James H. Teal and Margaret Lewis Teal. Mrs. Brewer moved to Durham at an early age and attended Durham High School where she met the love of her life, Charles L. Brewer.  After graduating from high school, Mrs. Brewer had a number of interesting jobs including travel agent, bookkeeper, and tobacco auctioneer records clerk.  To her family, however, she is remembered as a loving wife and sister, and devoted homemaker and mother.  Peggy was a member of First Baptist Church and the Trinity Bible Class.

Peggy’s family would like to thank several individuals who helped care for her during her last months: Ola Dixon, Shawnta McNair , Linda Headen, Beth Plonk and Daisy Williams.

A funeral service will be held 2:00PM Wednesday, October 21, 2015 in the Chapel of Hall-Wynne Funeral Service with the Rev. Andy Winn officiating. Interment will follow in Maplewood Cemetery, Section 4.

The family will receive friends from 1:00 – 2:00pm prior to the service in the funeral home.

Offer Condolence for the family of Peggy Brewer 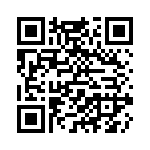