DURHAM: Pauline Wyshywany Podgurski, 92, was taken by God’s angels December 4, 2014. Born November 1, 1922 in Philadelphia to the late Anna and Andrew Wyshywany, she graduated from Strayer’s Business College and worked for Hires Root Beer Co. until her marriage to Joseph, the love of her life, in 1949. Pauline was an active member of her beloved church, St. Vladimir Ukrainian Orthodox Cathedral, where she was a member and officer of the church choir, a member of the sisterhood of the Blessed Virgin Mary and of the Ukrainian Orthodox League of the USA.
Pauline was a caring, loving and devoted mother and wife, who will be missed dearly. She was a true example of motherhood and a role model her daughters have tried to match. Leaving Philadelphia in 1992, she and Joseph moved to Durham to be near their children. In addition to her husband, she leaves her daughters, Pauline (Lee) Kuyper and Barbara Bonfiglio, both of Durham; grandchildren, Andrew Kuyper, Chris (Shannon) Kuyper, Christina (Phillip) Armfield, Joseph (Bridget) Bonfiglio and Lauren (Wes) Tise; and great grandchildren who always made her smile, Kayla and Madelynne Armfield, and Ryan Bonfiglio. She was predeceased by her sister, Mary (George) Wolos.
The funeral liturgy will be offered 10:00 Monday from St. Barbara Greek Orthodox Church with burial following in Chapel Hill Cemetery. The family will receive friends in church one hour prior to services. Memorial donations to: Duke HomeCare & Hospice, St. Barbara’s Church or to the Ukrainian Orthodox Cathedral of St. Vladimir (Philadelphia) stvladimirsphila.org

Offer Condolence for the family of Pauline W. Podgurski 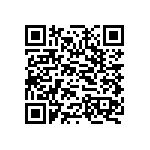