Pauline Buddemeier was born in Des Moines, Iowa August 18, 1931 to Dr. John and Nina B. Jewell. She later moved to Sterling, Illinois where she attended grade and high school and scholastically performed in an outstanding manner. In 1948 she enrolled in the University of Illinois where she majored in bacteriology and chemistry.

Pauline married Maurice R. Buddemeier in 1953 and subsequently gave birth to four children Kamilla Buddemeier Crump, Brenda Stigall, Nina Campbell and Jeffrey Buddemeier. In turn, she had two grandchildren, Michael and Naomi Crump. All survive. Her death was preceded by her parents.

She had several achievements of which she was duly proud. First, she was pleased all of her children graduated from college and had successful, productive careers. Second, all four children were good citizens… friendly, courteous, helpful. She was also proud of her marriage that, at the time of her death, had lasted 58 years.

Perhaps her most noteworthy achievement was her graduation from the University of Illinois. She was recognized for her Phi Beta Kappa grade achievement… one of the highest graduation grade levels in the school.

Pauline had many interests and experiences during her life. She had been a real estate sales person; she had worked at the medical facility that performed tests for Cook County Hospital in Chicago; she had managed the preschool aged nursery at Crossroads Rehabilitation Center in Indianapolis and she had designed and modified several homes throughout the Midwest. Also, she enjoyed and was creative in numerous decorative undertakings in the various cities in which she lived.

Pauline was a successful mother, loved by her family and a source of inspiration to her family members and friends. She will be dearly missed by all who knew her.

Offer Condolence for the family of Pauline H. Buddemeier 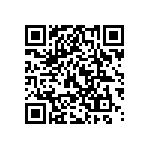