Paul Victor Civalier, 56, died Sunday in the VA Hospital following many years of struggle with Multiple Sclerosis. Born February 6, 1951 in Newport News to a military family, Paul grew up in several places throughout the U.S. and abroad. He settled in Rhode Island where he met his wife, Augustine. The couple moved to Hillsborough in 1996. Paul served in the U.S. Army in Vietnam after which he received Associates degrees in Electronics and Computer Science. He worked as a process technician for a film company for several years until becoming permanently disabled.
A man of remarkable courage and optimism, Paul fought his disease and created his own quality of life against all odds. He managed to always look ahead with a

Offer Condolence for the family of Paul Victor Civalier 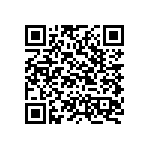