Paul Thomas Edwards Jr., known to many as “Tommy” or “P.T.”, passed away Sunday, September 23rd, 2018 at his home in Durham. Visitation with the family will be held Wednesday, September 26th at Hall-Wynne in Durham from 1pm to 2pm, with Funeral Services shortly after. Interment will take place on Thursday, September 27th at Grandview Memorial Park in Clinton, NC.
A proud member of the U.S. Army’s Airborne Long Range Reconnaissance Patrol, he remained a staunch patriot, and kept in close contact with the other brave men in his unit throughout his life. A lover of music, he taught himself to play the electric and steel guitar in his youth, subsequently playing in live bands for several years. Also a bit of a gearhead, he happily spent time in his life racing, modifying, and loving cars. He spent 41 years working in Duke Hospital’s Center for Hyperbaric Medicine and Environmental Physiology, and was a long-time member of the Divers Alert Network (DAN.) He retired from Duke in 2009 and spent his remaining years enjoying time with his family and friends, doting on his beloved cats, and was often found “front porch sittin'” with his long-time neighbor “Bennie” Bradley watching the world go by.
He is preceded in death by his mother (Virginia Nichols) and his step-father (Jack “J.B.” Nichols.) He is survived by his wife (Diane Edwards) his daughter (Amanda Vogan) his sister (Carolyn LeTrent) and his beloved Ragdoll cats (Izzy and Ozzy)
A funeral services will be at Hall-Wynne Funeral Service Chapel on Wednesday, September 26, 2018 at 2:30.
Family will receive friends and family from 1:30-2 pm in the chapel prior to the service.
Entombment will be Thursday, September 27, 2018 at Grandview and Hillcrest Memorial Park in Clinton, NC. 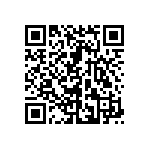