Paul was in the US Army and assigned to the Marine Corps in the Korean War. After his service, he returned to High Point and attended High Point College. He lived and worked in High Point most of his life and in recent years spent time between High Point and Lawsonville, NC. He was involved in the Elks for going on 61 years, being a past President of his lodge and past NC State President. Also, for more than the last 20 years Paul has been an advocate for veterans.

Memorial services will be held on Saturday, August 27, 2016 at the Peters Creek Baptist Church in Lawsonville at 11 a.m.

Flowers are appreciated or if you prefer, contributions may be made to the Church, Elks, or VA.

Arrangements for the Hampton family are under the care of Hall-Wynne Funeral Service in Durham. On-line memorials: www.hallwynne.com.

Offer Condolence for the family of Paul Ray Hampton 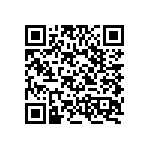