OXFORD:
Paul F. Kiesow, Jr., was born in New York City on January 7, 1928 and died April 26, 2011 in Oxford, NC. Paul was preceded in death by his parents Paul and Dorothea Kiesow, Sr. and his brother Daniel Kiesow. Surviviors include his wife Patricia, daughter Nancy Webb Charles, son Paul Kiesow III, four grandchildren and two great grandchildren.
Paul spent his early life in Bellmore, NY, graduating from Mepham High School, then on to Alfred University in New York for a degree in ceramic engineering. After two years of military service in Germany, he accepted a position with Westinghouse in Elmira, NY. There he met his wife of 56 years and in 1974 they were transferred to Staunton, VA where they lived for three years. From there, they moved to Murray, KY where he became the plant manager of Fisher Price Toys. In 1983 he accepted a position with Lenox China and came to Oxford, NC to become the forst plant manager for the new plant in Oxford.
Paul has been a most active member in the communities in which he resided. He served with the Boys Scouts from troop and training levels to President of the Council in Murray, KY and President of the Occoneechee Council in NC. He was awarded the Silver Beaver for his work. He has been active in the churches in every community from usher to finance chairman. An active Rotarian, he was President of the Murray, KY and Oxford, NC clubs. He served on the city council for Oxford for 12 years and was instrumental in the completion of the new sewer plant. He helped in establishing the United Way in Oxford and also the Granville County Educational Foundation. He was a supporter of the arts. He was awarded the Citizen of the Year in Murray, KY and Oxford, NC. He, along with his wife enjoyed traveling and visited 67 countries and all but one of the United States.
A memorial service will be held on Tuesday, May 3, 2011 at 1:00 PM at Oxford United Methodist Church in Oxford, NC. Visitation will be after the service in the church hall or whenever you wish at their home in Oxford. In lieu of flowers, you may make a donation in his memory to Oxford United Methodist, Boys Scouts of America, Granville County Education Foundation, Rotary Foundation, National Parkinson Foundation or wherever you wish.
This great man will be sorely missed by his family and wonderful friends. He was a good and faithful servant. The family is under the care of Gentry-Newell & Vaughan Funeral Home. Online memorials may be made to www.hallwynne. Com, select obituaries.

Offer Condolence for the family of Paul F. Kiesow, Jr. 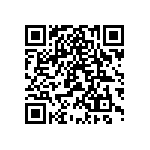