SOUTHERN PINES: Paul Bickford Long, surrounded by his family of friends, passed away peacefully on the morning of January 2, 2015 at the Penick Village where he had lived for three years. Paul was born December 1, 1953, probably in the Asheville area of North Carolina. He was given up as an infant to an orphanage in Asheville because of perceived “deformities”. It is believed that Paul’s malformation of limbs was due to the drug thalidomide which was given to women in the 1950’s for morning sickness. He was later adopted around age 4 by Elizabeth (Betty) Faye Long. Betty was living in Roxboro at that time but later moved to Whispering Pines, where Paul spent some subsequent years of his life. Betty, a single woman, was a very loving mother and caretaker. His mother died at Penick Village in 1999. Paul had two adopted siblings, Judi Long Bohn and Gary Long.
When Paul was very young his mother perceived that he had some very natural gifts of music. Therefore, Paul began musical education at the age of 8 in Roxboro, and then organ lessons at the age of 10 with Carolyn McSwain in Durham. For his high school years he attended the Interlochen Arts Academy in Michigan and studied privately with August Huybrechts for four years. In 1972 Paul entered the Julliard School in New York City where he earned his Bachelor and Master of Music degrees, completing those studies in 1977. While at Julliard he studied organ literature with Vernon de Tar and improvisation with Gerre Hancock. Paul not only became a master of the organ but also a master at organ improvisation. His improvisation came naturally because Paul played from his heart and soul more than from a score of music. Very early in his life it became very clear that more than Paul playing music the music “played” him, that is, Paul became the music, they were inseparable to perceive. Everyone came to see that the physical challenges which Paul had to overcome early in life were not “deformities” at all, but actually became part of what made Paul very whole and very special to a world of people. His gift from God was recognized by all and he devoted his life to serving Christ’s church as an organist and director of music. He also shared his gifts with the wider community.
After his graduation from Julliard, Paul went home to the Sandhills to live. He was Organist at the Community Congregational Church in Southern Pines for 22 years and then became Director of Music and Organist at the Southern Pines United Methodist Church in February 2000, where he served until illness required that he resign from that position in January 2011. Many churches around the US would have been privileged to have had Paul as their organist, but instead he chose to spend his career in Southern Pines.
Among his many concert appearances were St. Thomas Church in New York City; Bruton Parish Church in Williamsburg, VA; St. Francis of Assisi Catholic and Trinity Lutheran churches in Raleigh; and many other churches and colleges. He was guest artist with the Moore County Music Society, performing on organ, piano and harpsichord. He played dedicatory recitals for many churches throughout North Carolina; and on behalf of the Allen Organ Company he demonstrated many organs for churches who became “sold” on the magnificence of the organ, later discovering after they purchased it that the organ didn’t sound the same because Paul didn’t come with the acquisition of the organ.
Paul also worked in broadcasting at WIOZ-FM in Southern Pines and while there produced and hosted two classical radio shows on Sunday afternoons with an audience of thousands. In 1998 he composed and performed music for the Sandhills Little Theater’s season opener, “The Lion in Winter,” to great acclaim. As noted, Paul was a strong advocate of concert improvisation. He recorded two CDs: “Paul Long in Recital” and “Traditions: The Music of Christmas”, which were played frequently for him during his final days of earthly life.
Gratitude is expressed to the nursing employees of Penick Village who very compassionately cared for Paul during the past three years; and also to Robert Deucher, MD, who compassionately watched over Paul’s health care. Mark and Beth Wethington offered loving care for Paul during the illness of his later years of life.
A service to celebrate Paul’s life and ministry will be held at Southern Pines United Methodist Church on February 21, 2 pm. Interment in the church’s memorial garden will immediately follow the service.
Gifts in memory of Paul may be made to: Southern Pines United Methodist Church Music Fund or to the Benevolence Fund of Penick Village. Hall-Wynne Funeral Service, Durham. To sign guest book and offer comments: hallwynne.com.

Offer Condolence for the family of Paul Bickford Long 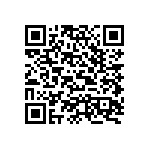