OXFORD:
Patsy Rae Hawkins Greene, 81, of Oxford, N. C. , a loving mother, grandmother, sister, aunt died on June 8, 2013, at Kerr Lake Nursing and Rehabilitation Home. Patsy was born on December 10, 1931 to the late Ralph Owen and Amanda Stella Hawkins in Randleman, N. C. Patsy and her siblings were reared in Smithfield, N. C and moved to Pittsboro, where she graduated from Pittsboro High School in May, 1950 and attended Girl’s State.
She graduated from the Raleigh School of Commerce and was employed with Wade Barber law Firm in Pittsboro. She later became a reporter with the State Industrial Commission in Raleigh, and traveled to every County Courthouse in the State to take down cases on her stenograph.
On March 23, 1958 she married Bobby Elmore Greene and made her home in Oxford, N. C. where she joined Dexter Baptist Church as an active member and church organist. She reared two children.
Her career in court reporting began after being sworn in as official District court reporter in Granville County in January, 1977 then as superior Court reporter which included five counties, in January, 1978. She served two terms as President of N. C. court Reporters Association.
Patsy retired from court reporting in January, 1994. She remained very active in her community. She received her AA Degree from Vance-Granville Community College and graduated with a BA in humanities Summa Cum Laude at the University of Alabama in 2002 at the age of 70. She volunteered to report and transcribed stories of holocaust survivors for preservation in the National Holocaust Museum in Washington, DC.
She became a thespian with the Granville Little Theatre, appearing in many plays and serving as their president and a member of the board of directors. She served as Secretary to Granville County Historical Society and a docent at the museum.
Patsy is survived by her son, Jon Greene, Oxford, children: Jonathan, Cailey and baby “Lex” and fiancé, Sara Wilson; son-in-law, Dain Dulaney, Charlotte, children; Tripp and Anna Hawkins; twin sister, Peggy Lemons and husband, Earl of Beulaville; brother, Dr. Ralph O. Hawkins of Cary; sister, Jo Anne Faucher and husband, Pierre, of Raleigh; many nieces and nephews, great nieces, great nephews and one great-great niece. She was preceded in death by her daughter, Kimberley Dawn Greene Dulaney; her husband, Bobby Elmore Greene; a brother, Thomas David Hawkins; sisters, Sara Idol and Mary Frances Mucciariello.
Funeral services will be conducted at 11:00 AM on Friday, June 14, 2013, at Dexter Baptist Church, 4549 Chewning Rd. Oxford, NC. Burial will be in the church cemetery. Visitation will be from 7:00 until 8:30 PM Thursday, June 13, 2013 at Gentry-Newell & Vaughan Funeral Home, 503 College Street, Oxford, NC 27565.
Flowers are accepted or memorials made to the WMU, Dexter Baptist Church, c/o Jerry Faulkner, 6078 Hicksboro Rd., Oxford, NC 27565. Online memorials at www.hallwynne.com select obituaries.

Offer Condolence for the family of Patsy Hawkins Greene 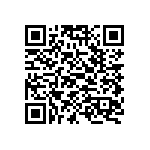