Mr. Prince attended Durham High School and retired from the American Tobacco Company after having spent his career as a machinist. Mr. Prince was dedicated to his family and was happiest when he was in their company. Perhaps his greatest joy was his longtime participation in providing building instruction to many young people of the Durham Soap Box Derby. He was also a dedicated member of the Durham Breakfast Optimist Club. Mr. Prince was a member of Mount Hermon Baptist Church.

Surviving are his children, Susan Prince Spell and husband, Richard of Autryville; Ben Prince and his wife, Sharon, of Durham; and grandchildren, Laura Caroline Spell, Patrick, David, and Ashley Prince. He was preceded in death by his wife Norma Jean Godwin Prince.

A memorial service will be 11:00AM on Saturday, December 19 at Mt. Hermon Baptist Church with burial following in the church cemetery. Friends may visit the family in the church one hour prior to services. Memorial gifts may be made to: Southeastern Hospice House, 1100 Pine Run Dr., Lumberton, NC 28358. Arrangements are with Hall-Wynne Funeral Service. Online memorials: hallwynne.com.

Offer Condolence for the family of Patrick Earl Prince 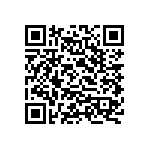