YANCEYVILLE:
Patricia Pat May Cole, age 60, died Saturday, June 29, 2013 at her home. A native of Granville County, she was the daughter of the late Albert Winston May and Roslyn Van Dyke May. Pat was a member of Bethel United Methodist Church and was a data manager at Oakwood Elementary School in Yanceyville.
Funeral services will be conducted on Tuesday, July 2, 2013 at 11:00 AM from Gentry-Newell & Vaughan Funeral Home Chapel by Reverend Joseph McDonald. Burial will follow in Meadowview Memorial Park. The family will receive friends on Monday, July 1, 2013 from 6:00 until 8:00 PM at the funeral home.
Surviving are children, Marsha Scott of Midlothian, VA, Denny Cole of Elon and Jennifer Faircloth of Reidsville; sisters, Barbara Lane and Debbie Englebright both of Oxford and a step-brother Arnold Brown of Mebane. She is also survived by six grandchildren. Pat is preceded in death by her stepmother Frances May.
Flowers are accepted or memorials may be made to a charity of one’s choice.
The Cole family is being assisted by Gentry-Newell & Vaughan Funeral Home, 503 College Street, Oxford, NC 27565. For online condolences, go to www.hallwynne.com and select obituaries.

Offer Condolence for the family of Patricia Pat May Cole 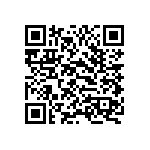