Patricia Anne Lord of Chapel Hill passed away on Sunday, June 9th. She was on hospice care at her home due to lung cancer and slipped away peacefully a little before midnight, with her family by her side. She was 73.

Pat was born Sept. 2, 1945 to Robert and Jean Lord in Bronxville, NY. Her family soon moved to Rye, NY, where she grew up.  Robert Lord was an electrical engineer with RCA. Jean Lord was a homemaker. Pat earned an Art degree from Skidmore College in Saratoga Springs, N.Y. in May 1967.

After college, Pat moved to Chapel Hill and worked in the art department at N.C. Memorial Hospital. She later moved to work as an artist at the Herald-Sun of Durham, where she stayed for 36 years. Former U.S. Senator Jesse Helms once requested her original political cartoon depicting “Senator No.” After her newspaper career, Pat pursued a master’s degree in special education at N.C. Central University. Later, she was a teaching assistant in the Durham Public Schools and with Head Start in Chapel Hill and worked as a caretaker for special-needs children.

Pat was renowned for her deeply whimsical sense of humor. She made countless people laugh over the years and in turn was known for her bouts of mellifluous laughter. Pat always had a book and a magazine with her and read everything one could imagine, a few of her favorites including: R. Crumb, David Sedaris, Michael Crichton, Flannery O’Connor, and Mary Oliver, as well as The NY Times and The Weekly World News. She loved her Irish heritage, drawing, daily writing in her journal, caring for rescued animals and houseplants, saving turtles in the road, Irish and Funk music, and collecting art, books and underground comics. She was also a gifted writer, producing numerous short stories based on her life.

Pat valued compassion, humor, character, spirituality, toughness, and intellectual pursuits above all else. She cared little about material wealth and outward appearances.  She was truly a humble person and actively sought to help and spend time with those at the farthest fringes of society.

Pat came to love Pittsboro and often attended St. Bartholomew’s Episcopal Church over the years there with her friend Michael McCormick. Later in life, she returned to the Catholic faith in which she was raised as an active member of St. Thomas More in Chapel Hill.

Pat is survived by son, Dr. Jackson Taylor, 34 and his fiancé Vanessa Boynton of Providence, R.I., brother Robert Lord and his wife Sandy of Deerfield, Mass., her three nieces Elizabeth, Katie and Samantha, her former husband Richard Taylor of Ocracoke, plus her dog Beanie and beloved cat Kali Ra.

Her funeral mass will be at St. Thomas More Catholic Church, 10 a.m. Monday, August 26. Friends and family will gather afterwards to share memories in the church’s Friends and Family Hall.

Donations may be made to the Humane Society or The Catholic Church.

Offer Condolence for the family of Patricia Anne Lord 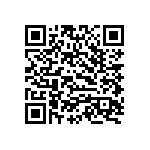