Pam was born September 26, 1961 at Danville Virginia Memorial Hospital. She grew up in Yanceyville, North Carolina raised by her parents Dewey Bernard and Annie Lucille Durham. She received her associate’s degree from Danville Community College in 1981. Pam met her husband Paul in Danville in 1983; they were wed on April 20, 1985. Pam and Paul moved to New Orleans where Pam had their first child, Jacob, now of Raleigh. They settled in Durham in 1988 and had their second child Alexandra, now a student at Elon University in 1992. Pam was a member of Judea Reform Congregation where she helped teach religious school when her children were young. She was employed as a legal assistant at Glaxo Smith Kline for 22 years. She enjoyed photography and painting.

Pam is survived by her husband and children; her parents and one sister, Linda Durham of Yanceyville; her uncle and aunt, Larry and Margaret Durham of Providence, NC and by three generations of nieces and nephews. She was predeceased by her brother, Dewey Bernard Durham Jr.

A Funeral Service will be held this Sunday, May 8th at Judea Reform Congregation, 1933 West Cornwallis Road in Durham, at 1:30 pm to be followed by internment at Aitz Chaim Cemetery on Westover Drive in Danville, VA at 4 pm.

The family will receive friends on Saturday, May 7 from 2-5 pm at the family home in Durham.

Memorials may be made to the Memorial Fund of Judea Reform Congregation, 1933 W. Cornwallis Road, Durham, NC 27705

Arrangements are under the care of Hall-Wynne Funeral Service.
Online condolences www.hallwynne.com.

Offer Condolence for the family of Pamela Durham Silverman 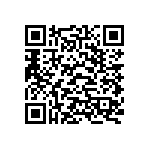