Born in Alamance County on February 2, 1936, she was a daughter of Jasper Jones and Mettie Johnson Jones. Mrs. McKenzie was a retired textile employee; she loved to garden as well as her friends at the Council on Aging. In addition to her parents, she was preceded in death by her husband, William Ivey McKenzie; three children, two brothers, one sister and one grandchild.

Survivors include her son, Shawn McKenzie of Siler City; her daughter Nancy Davis of Siler City; seven grandchildren; and a brother David Jones of Sanford.

A memorial service and private burial will take place at a later date.

Online condolences may be made at www.hallwynne.com Select Obituaries

Offer Condolence for the family of Otelier Ellen McKenzie 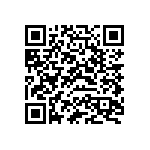