Mr. Griffin was born September 29, 1911 to John Thomas Griffin, of Pittsboro and Mary Lula Culbreth Griffin of Fayetteville, NC. He graduated from Pittsboro High School and later attended Appalachian State. He married Mary Ruffin Robertson in 1947. During his life, Red managed several small businesses but his heart belonged to the land and he would consider farming his life’s occupation. For a time, Red resided in Blountville, Tennessee with his wife Mary Ruffin and his beloved dog Mutt. He also enjoyed bee keeping and was a member of the local Tennessee beekeepers association. In the last five years, Red lived in Chapel Hill with his nephew and niece Jim and Liz Griffin, who cared for him as his health declined.

His family wrote: “Red’s optimism and kind heart were an inspiration to his family. He pursued life with an optimistic outlook and always retained the belief that tomorrow could be brighter than toady.”

He is survived by his beloved brother W.L. Lacy Griffin and wife Hilma of Durham; Delpha Rose Hamilton of Cary; and many adoring nieces, nephews, and cousins.

Condolences may be made at www.griffinfuneral.com Select obituaries.

Arrangements are under the care of Griffin Funeral Service & Cremation in Pittsboro, NC.

Offer Condolence for the family of Ormond Bishop Griffin 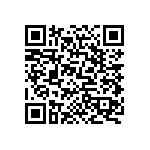