Opal Marie Gallagher, 83 years, died on July 12, 2019 at Brantwood Rehabilitation and Nursing Center after a long battle of health issues. Born to the late Benjamin McElroy and Minnie Mae McClintock McElroy on June 7, 1936 in Bellaire, Ohio.

Opal was predeceased by her parents; her husband, Charles Lewis Gallagher; and her siblings.

A private visitation will be held at Gentry-Newell and Vaughan Funeral Home and service and burial to be held at Warnock Cemetery in Warnock, Ohio with Bauknecht-Altmeyer Funeral Home.

In lieu of flowers, memorials may be made in her honor to the charity of your choice.

Offer Condolence for the family of Opal Marie Gallagher 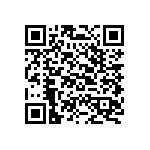