Oliver Howell “Baby” Cash, age 81, of 2711 Enon Rd. died Friday, October 19, 2012. Mr. Cash was a native of Granville County and the son of the late James Walter Sr. and Alma Ragland Cash. He served his country in the army and was an Army veteran of the Korean Conflict. Mr. Cash was very involved in the life of his church, Enon Baptist Church, where he served as a Deacon, Trustee, Sunday School Teacher, and a Brotherhood Member. He owned and operated O H Cash Grocery for 40 years. Recently he helped with local missions in Granville County by delivering “Meals on Wheels” for the Senior Citizens Center.

Funeral services will be conducted Monday, October 22, 2012 at 3:00 PM at Enon Baptist Church by Rev. Steve Brown and Rev. James C. Shelley, Jr. Burial will follow at the Elmwood Cemetery.

The family will receive friends Monday, October 22, 2012 from 1:30 until 3:00 PM in the fellowship hall at Enon Baptist Church.

Offer Condolence for the family of Oliver Howell Cash 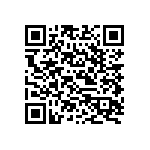