Mike graduated from Princeton High School in 1954, Indiana University in 1957 and Washington University School of Medicine in St. Louis in 1961. He did his internship and residency in internal medicine at Johns Hopkins University. After two years as a fellow at the National Cancer Institute, he worked at Johns Hopkins for the next 30 years. He was Professor of Medicine and Pharmacology and Director of the internationally recognized Division of Pharmacology and Experimental Therapeutics for the Oncology Center. He also served as Research Director of the Oncology Center and Associate Dean for Research for the Medical School.

In 1995, he became Director of the Duke University Comprehensive Cancer Center. Mike was named the William W. Shingleton Professor of Cancer Research and Professor of Pharmacology and Cancer Biology. He served as Director until 2002, leading the Cancer Center through a period of significant growth and scientific achievement. Mike retired from Duke in 2008 as Professor Emeritus of Medicine.

Mike was a prominent cancer researcher, publishing several hundred journal articles, book chapters and abstracts and holding five patents. He did pioneering work establishing the mechanism of action of several drugs, including cyclophosphamide, one of the first and most commonly used anticancer agents. He was one of the first investigators to use high dose cyclophosphamide to treat solid tumors, now a common practice in bone marrow transplantation for breast and other cancers. His work contributed to the development of current stem cell therapies.

He served on the Executive Board of the American Association of Cancer Research and on the Advisory Board of the National Institutes of Heath Center for Scientific Review, which oversees NIH grant review and funding. He was co-editor of the journal Molecular Cancer Therapeutics and served on the advisory boards of several cancer centers, including that of his medical school alma mater. He received numerous honors, including election to Phi Beta Kappa, Alpha Omega Alpha and the Association of American Physicians. In 2003, he received the R. Wayne Rundles, MD, Award for Excellence in Cancer Research.

Mike recognized the overwhelming impact cancer has on patients and their families and was a strong advocate for patient support services. He served on the Advisory Board of the Duke Cancer Patient Support Program and the Duke Caring House Board. Mike was a dedicated teacher and mentor; his first thought was always how he could help advance the careers of his students and colleagues. He was widely respected for his leadership style, which combined a thoughtful and calm demeanor with a dry sense of humor and a sincere interest in the needs of others.

Mike and Arline Macey Lockerbie Colvin, his wife of 53 years, have four children: Michael and his wife Phung and daughter Kate of Merced, CA; Jennifer of Chapel Hill, NC; Kimberly and her husband Kevin and daughters Erin and Clare of Graham, NC; Christopher and his wife Stephanie and twins Ellie and Jack of Brooklyn, NY. He is also survived by a sister-in-law Rita Lockerbie and nephews Stuart and Craig and their families.

Mike is fondly remembered by his four children as a caring dad who always found time to participate in their activities, help with school projects and take family vacations. He coached softball and soccer for years and virtually never missed a diving meet, lacrosse game, recital or school event. He also enjoyed running, bird watching, reading history and literature, and listening to classical music and jazz.

A memorial reception to honor his life and contributions is to be held on Wednesday, April 3, from 4 to 7 pm, in the Vista Room of the Washington Duke Inn.

Memorial contributions may be made to the Duke Cancer Institute via www.dukecancerfund.org or by mail to 512 Mangum Street, Suite 400, Durham, NC 27701. Please indicate on the check or website that this is a contribution in memory of Dr. Michael Colvin.

Offer Condolence for the family of O. Michael Colvin 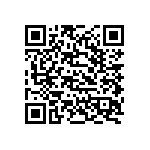