Novaline Sanderson Stewart, 88, died on Sunday, July 18, 2010 at the Britthaven Nursing Center in Nags Head, NC. Novaline was born in Durham, NC to the late Cassie Wilson and Clarence Sanderson on March 28, 1922.

Of her many talents and skills, Novaline took nothing more seriously than the care and nurturing of her family. She always had a grand garden that she regularly tended to so that her family would always have the freshest of foods. She canned the abundance so that they would never have to go without. She perfected her hand at sewing and regularly made the daily clothing for her children. In addition to caring for their temporal needs, she also saw to her family’s spiritual needs. Novaline was a woman of great faith and set a divine example of Christianity through her love and devotion to God. She was a very devout member of the Durham Primitive Baptist Church.

A Graveside service will be held at 2:00 PM on Thursday, July 22, 2010 from the Chapel of Remembrance at Woodlawn Memorial Park, 2107 Liberty St., Durham. Elder Cleo Robertson will officiate.

Offer Condolence for the family of Novaline Sanderson Stewart 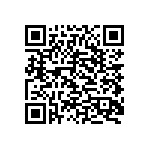