Mr. Norman S. Jones, Jr. age 81 a resident of Oxford died at home Thursday, December 11, 2008. He was native of Granville County and was the son of the late Norman S. Jones Sr. and Mamie Partin Jones. He was a member of Oxford Baptist Church, a former Deacon, and was a former Chairman of the Usher Board. He retired as office manager of J. P. Taylor Tobacco Company in Henderson and worked as an accountant for Winston, Williams & Creech, CPA. He was a member of the Board of Trustees of Granville Medical Center for 12 years. He was also the treasurer for the Flat River Baptist Association. He was a veteran of the US Army.
Funeral services will be conducted at 11:00 AM, Saturday, December 13, 2008 at Oxford Baptist Church by Dr. J. Steven Bolton. Burial will follow in Meadowview Memorial Park.
Surviving is his wife, Jean Beasley Jones of the home; three daughters, Gwyn J. Currin Charles of Oxford, Brenda J. Gupton John of Angier, Laura Leigh Haigler of High Point; a son, N. Keith JonesCyndie of Oxford; 8 Grandchildren, 1 Great-Grandchild. He was preceded in death by three brothers; David Jones, Braxton Jones, and Edwin Jones.
Flowers are accepted or memorials may be made to Oxford Baptist Church, P. O. Box 398, Oxford, NC. or to Granville Medical Center Foundation c/o of Allen Ayscue, P.O.Box 947 Oxford, NC 27565. The family will receive friends Friday night from 7 to 8:30 PM at Gentry-Newell and Vaughan Funeral Home. At other times the family will be at the home. Online memorials www.gnvfh.com. select obituaries.

Offer Condolence for the family of Norman Samuel Jones, Jr. 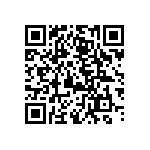