A Durham native, Mr. Crabtree attended Durham City Schools and graduated from Durham High School. He served his country during World War II while stationed in the U.S. Army for more than four years.

Offer Condolence for the family of Norman Hugh Crabtree 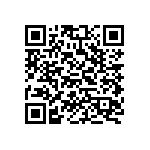