Nora Olivia Lanham, 82, passed away Sunday morning, June 17, 2007. She was a resident of Croasdaile Village Retirement Center along with Charles, her husband of 62 years.
Olive was born in Soochow, China on October 2, 1924. She was the daughter of Dwight Lamar and Margarita Park Sherertz who were Methodist missionaries. She came to Durham in high school and later graduated with an English degree from Duke University. It was at Duke that she met her husband Charles. They were married on December 6, 1944 and had three children, Charles, Kathryn and Ann. Throughout Olive

Offer Condolence for the family of Nora Olivia Olive Lanham 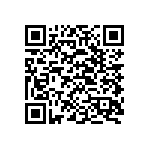