Chapel Hill: Nicholas Stashko, 93, died peacefully at his home on April 3, 2016. Gratefully, Nick was able to be home and surrounded by family and friends for the last 6 weeks, with the support of the Native Angels Hospice staff who provided loving care.
Nick was born in Korni, Ukraine on August 7, 1922 to the late Wasyl and Natalia Werbova Stashko.
During World War II he survived multiple concentration camps including Auschwitz. After the war Nick lived as a displaced person in Germany, and there he met his beautiful wife of 64 years, Tony (nee Fricker). Together they emigrated to Chicago in 1952 where they raised 3 children – Edward, Michael and the late Christine Miller.
Nick worked as a mechanical design engineer in the Chicago area and retired 25 years ago. He is survived by his wife Tony, his sons Edward Stashko (and wife Ilona) of Chapel Hill, Michael Stashko (and wife Nelissa) of Chapel Hill, 5 grandchildren, Dr. Eric Stashko and his fiancé Jamie Carroll of Boston, Allison of Georgetown, Lena of New Orleans, Tirzah of NYC and Connor of Los Angeles. Nick is also survived by his devoted nephews from Chicago, St. Catherine’s, Canada and Poland. Nick was extremely proud of the fact that as an immigrant with $1.00 in his pocket he and Tony built a life in Chicago, and put their 3 children through college. He was so proud that his grandchildren have appreciated and embraced all the opportunities that brought him to this country.
Nick and Tony moved from Arlington Heights, Illinois to Briar Chapel in 2011. Since living in Chapel Hill, Nick has had several opportunities to share his holocaust experiences at talks throughout the area, including to hundreds of students at Chapel Hill High School. He touched the lives of everyone he met, and passionately brought an intimate account of the war to a new generation.
A funeral mass will be held at St. Thomas More (904 Carmichael, Chapel Hill), on Monday, April 11 at 11:00 am. A celebration of Nick’s life will be held at the Briar Chapel Clubhouse (1600 Briar Chapel Pkwy) immediately following.
In lieu of flowers contributions can be made to The National Multiple Sclerosis Foundation to honor Nick’s daughter Christine. http://www.nationalmssociety.org/

Offer Condolence for the family of Nicholas Stashko 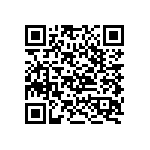