Nicholas Parris passed away on Monday, November 11, 2019 after a long battle with dementia. He was 81 years old.

Nick spent most of his life in the Philadelphia area. He was the son of Greek immigrants from Asia Minor and served in the U.S. Army in Korea in the late 1950s.

While working full-time, he put himself through college and graduate school and was the first in his family to graduate with bachelor’s and master’s degrees.

He worked for nearly 40 years as a research chemist at the U.S. Department of Agriculture, with international recognition and more than 100 publications to his credit. For many years, he also led chemistry lab classes at Penn State University.

Outside of work, he obtained his commercial pilot’s license and enjoyed spending time outdoors running, gardening, golfing, and swimming in the ocean. He served on his township’s planning commission. And he adored children and coached middle school football and basketball.

Above all, Nick loved his wife and daughter deeply, and his home with them was his sanctuary.

In 2012, Nick and his wife moved to Durham to be near their daughter and her family. His grandchildren became his greatest happiness.

In lieu of flowers, contributions can be made to Duke Children’s Hospital, 300 W. Morgan Street, Suite 1200, Durham, NC 27701; or to Hospice and Palliative Care Center of Alamance-Caswell, 914 Chapel Hill Road, Burlington, NC 27215.

Offer Condolence for the family of Nicholas Parris 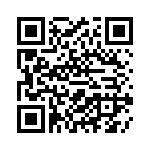