DURHAM-Nicholas John Peluso, 81, of Durham, died April 18 after a long and courageously fought illness. Nick will be missed by his loving wife of sixty years, Joan Platt Peluso, his children John Julie, Marjorie, Marie, Michael Mj, Nora and Nicholas Jr., his brother Dominic and the rest of his family in New York, and dear friends and honorable family members Chip Sassa, Mari Bright, Fran and Lee Ruckert, Gina Trianfo and Donna Ryan.
Nick’s large and extended family brought the greatest happiness to his life. “Papa Nick” enjoyed creating handmade wooden toys and gifts for everyone, but especially his grandchildren and great-grandchildren Nicole Kerry, Keller & Kace; Chris Dawn, Matthew, Elizabeth and Benjamin; Brian Manda, Michael Nickie, Thomas Jessica, Saylor and Charlotte; Lisa, Jaclyn and Katelyn.
Born in Glen Cove, NY on December 7, 1932 to Margaret Izzo Peluso and Michael Peluso, Nick graduated from Glen Cove High School in 1951, married his high school sweetheart Joan Platt in 1954 and shortly thereafter was drafted into the US Army. Nick was extremely proud to have been a member of the 3d Infantry Regiment “The Old Guard”, which serves as the official Army Honor Guard and escort to the President. In that capacity, 3rd Infantry soldiers are responsible for conducting military ceremonies at the White House, the Pentagon, national memorials and elsewhere in the nation’s capital.
After his honorable discharge from the Army, Nick took his growing family back to Glen Cove, where he began working for Grumman Aerospace in 1957. Throughout his 38-year career with Grumman, Nick worked as a car-washer, mechanic, truck driver and executive chauffeur. A life-long flight and space aficionado, Nick was thrilled when he was able to meet and spend time with members of the aerospace industry.
Growing up on Long Island, Nick was lucky enough to be an eyewitness to the heyday of open-cockpit auto racing in the 40’s and 50’s. This led to a passion for racing, collecting, restoring and showing vintage racers in his later years.
Nick and Joan also enjoyed many years of nationwide traveling. Hawaii was a special favorite; they traveled there 16 times. They were delighted when they were able to share their favorite activities and places with friends and family.
Always an active person, Nick took it to the next level when he rediscovered bicycling at the age of 61. After a family member was diagnosed with multiple sclerosis, Nick began taking part in the MS 150 Bike Tours, some years riding as many as 200 miles in two days and raising thousands of dollars for the National MS Society. During his later years, Nick was diagnosed with cancer, fought it and was very proud when he was able to call himself a cancer survivor.
Nick will be most fondly remembered for his deep love of family, a strong legacy that will be carried on in his name, keeping him in our hearts forever.
In lieu of flowers, the family requests donations to Bryan Alzheimer’s Disease Research Center, 2200 West Main St. Suite A200, Durham, NC 27705 or the Hock Family Pavilion at Duke HomeCare & Hospice, Office of Development, 4321 Medical Park Drive, Suite 101, Durham, NC 27704.
Friends may visit from 4:00-6:00pm Tuesday, April 22 in the chapel of Hall-Wynne Funeral Service followed by a Celebration of Life at 6:00pm.
On-line memorials: www.hallwynne.com. Select obituaries.

Offer Condolence for the family of Nicholas John Peluso 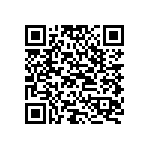