Nicholas John Pantazis, age 81 and resident of 4426 Sunny Court, died Sunday morning at Duke Hospital. Nick was born in Alexandria, Egypt and was the son of the late John Nicholas and Helen N. Pantazis. He served in World War II with the British Army in the Royal Signal Corps. He retired from the Carolina Inn at Chapel Hill. Nick was a member
of Saint Barbara Greek Orthodox Church.

Funeral services will be held 2 pm Wednesday at the Chapel of Hall-Wynne Funeral Home. Ft. Andrew Koufopoulos will preside. Burial will be in Chapel Hill Memorial Cemetery.

Visitation will be held Tuesday evening from 6 to 8 pm at Hall-Wynne Funeral Home. The Trisagion Service will begin at 7:30pm.

In lieu of flowers, Memorials may be made to the Watts Hospital School of Nursing Alumni Association, 2828 Croasdaile Drive, Suite 200, Durham, NC 27705 or to the charity of your choice.

Offer Condolence for the family of Nicholas John Pantazis 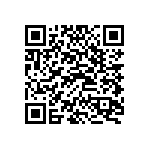